amazing...the most amazing feeling ever...Master and this girl got to train...yyyyaaayyy....happy dancing around the room...this girl is still very tender in Master's tits and ass...to touch or put pressure on either of them is sore but a beautiful pain that brings back beautiful memories...smiles

there was a little doubt that W/we may get to training but it all fell into place beautifully....just the waiting for it to start, the little panics that something may come into force that would stop it but it didnt and W/we got to do what W/we B/both crave....smiling

As usual Master took complete control from the get go...smiles....having His slut insert His cock into His ass infront of Him on cam...it felt wonderful to do that for Him it felt wonderful to feel Him inside of her..smiles btw Master this girl forgot to ask permission to remove it after You went to bed, hopefully it was alright to do that..smiles  then He had His slave put the cords on which are very tight and so give Master tits a good colour to them, then He started on His favourite past time, tit torture, this girl flogged slapped pinned clamped Masters tits and boy are they tender, at one point this girl was on the verge of tears as the sting of the flogger landed on His nipples...He also had this girl remove the pegs with the flogger at times too, jeepers when they dont come off in the first swat and cling on, they are sore little buggers....Master had this girl also lift His tits up by the cords on the clover clamps, now this girl is well endowed shall we put it and to lift Master's tits up with the cord and clamps was a huge thing for her to do but she did and at one point Master asked her to lift His tits up far enough and pull on the cord so that the clamps are removed...now anyone knows that clover clamps are not easy to remove and well this girl gave it her best shot but was unable to do so, but its early days in her training...smiles  After some more tit torture Master asked this girl to flick each nipple once with her fingers she did so then Master informed her that that was a request from His boss...this girl laughed and told Master that was sneaky but said to say thank you to his boss and let him know that it stung!!!! laughs

After W/we finished training Master allowed this girl to put her robe back on to keep warm...she put away the toys and then wrapped up in her favourite furry blanket to keep warm...this blanket is her Master's arms around her...smiles...she had that funny look on her face and she felt it too...this girl reached subspace and boy was she smiling...she felt drunk and floaty so much so that it is snowing here and she had shown Master the snow and asked would He like to see His girl stand naked in it...He said yes...of course He would, so this girl did...bloody hell it was freezing...and this girl doesnt think she would do something like that if she wasnt in subspace...silly or what!!!!...laughs.

He stayed with his girl throughout until she came back down again as He always does...this girl loves this part of O/our training too, and she will have that for real too in september....huge smiles.

Got these questions from K's blog Her Spirit His, thought they would be fun to do....smiles

1.   Do you sleep with your closet doors open or closed?
Closed, untidy otherwise
2.   Do you take the shampoos and conditioner bottles from hotel?
Oh yes and any other little samples they leave out
3.   Do you cut out coupons but then never use them?
No dont bother with coupons too often
4.   Would you rather be attacked by a big bear or a swarm of a bees?
Big bear it would be over quicker
5.   Do you always smile for pictures?
Not really, hate having my pic taken
6.   What is your biggest pet peeve?
Kept waiting
7.   What size is your bed?
Kingsize
8.   What’s your least favourite movie?
Westerns
9.   What do you dip a chicken nugget in?
Dont eat chicken nuggets
10.  What is your favourite food?
Lasagne
11.  What movies could you watch over and over and still love?
Doris Day movies
12.  Were you ever a boy/girl scout?
No
13.  Would you ever strip or pose nude in a magazine?
Hell no, dont have the body, though Master would say differently
14.  When was the last time you wrote a letter to someone on paper?
To santa a llloonngg time ago
15.  Favourite kind of sandwich?
Smoked salmon on cream cheese bagel
16.  Best thing to eat for breakfast?
Porridge
17.  What is your usual bedtime?
Usually between 11.00 pm and 12.00 pm unless told to go earlier
18.  Are you lazy?
No, she says proudly
19.  Do you have any magazine subscriptions?
No
20.  Do you sing in the car?
Oh yes and anywhere else i can get away with it!!!
21.  Wal-Mart, Target or Kmart?
Dont have those stores here, but Asda, when in states usually Walmart
22.  What’s your favorite color?
Blue
23.  Do you sleep with your sheets tucked in or out?
Tucked in at the bottom free at the sides
24.  Have you ever stolen a street sign before?

No
25.  Do you like to use post-it notes?
Oh yes love those little things

saw some more shibari photos that i enjoy 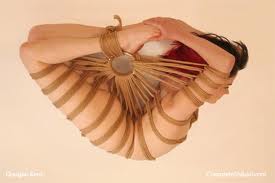 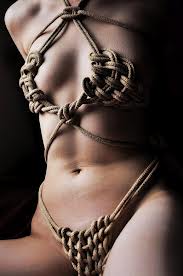 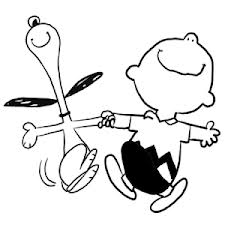 Yep you guessed it....this girl got her release after 5 weeks of orgasm denial... i got pretty frustrated, annoyed , irked towards the end but Master calmed me down, spoke to me, had me write an essay on how this affected me, how i felt towards Him but the loving Man that He is He gave me permission to have my release not just once quite a few times in fact...smiles.  hhhmmmm wonder what He has in store for me next time...smiles

am becoming a  frustrated....needy....slut....hopefully He will give me the release i am needing right now...dont know if i can go on much longer!!!!  hhmmmm a bit of begging required me thinks...smiles
Posted by blossom at 11:16 No comments:

Master hasnt decided yet....so am still in denial....loving this though...smiles
Posted by blossom at 06:09 2 comments:

This girls months orgasm denial is up....hhhmmmm wonder will He or wont He....

pretty please Master....as she flutters her eyelashes...laughs...
Posted by blossom at 12:17 2 comments: