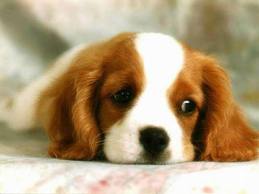 How are you all keeping, im back home again and boy trying to get my body clock back into sync is bloody difficult, up at all wierd and wonderful hours but i am making good use of that time this time around as there was a load of washing and housework waiting for me on my return!!! how nice, arent kids so good to their parents leaving them something to do incase they missed doing any housework...ggggrrrrr, maybe some day that will all change...lol

suffice to say i had a brilliant holiday in more ways than one....yyaaayyy, had a lovely time with that certain someone which was amazing...smiles

now back to work oh am sooooo looking forward to that...NOT..boo hoo, oh how i wish i could stay on permanent holiday. 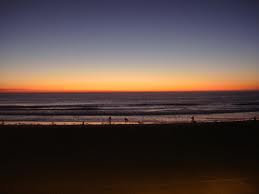 will be away for a couple of weeks....hhhmmmm wonder who i will be seeing!!!!!...big smiles
now for some chilling out....aaahhhhhh can feel that warm sun already...

catch up with you all when i return.....

for a little bit of fun and all those in love  i found this little site where you can carve your name on a tree in the forest of love ...smiles  happy carving!!!

i thought i would reflect on the past task of  my orgasm denial over the past 31 days....never did i think i would  be able to do it, but actually i surprised myself and well of course Master is totally proud of me for surviving this and finishing the task.  during the task Master asked me a couple of times if i would like to have my release especially during the time that my sexual frustration was at its highest, a bit sadistic of Him, knowing full well the choice for me to orgasm still rested with Him... but no i thought, i didnt want to disappoint Master, i had come on so far and to undo all that i had achieved up until that point, so i declined and Master was very proud that i wanted to carry on and see it through to the end...smiles

during the first couple of weeks it was fine, i managed rightly but there was no teasing or arousing myself during that time, Master had me do total abstinence only to clean or dry myself and then it had to be very briefly.  But the following days after that Master had me edged a few times each day, to keep myself aroused all the time, He tormented me, such sexy thoughts, and times on cam with each O/other, wearing of pegs and deep heat on His special area, wow thats a bugger to put up with, the intense deep painful heat you feel especially when the clit is so swollen and aroused...but then falling into such deliciousness when the main heat subsides and then spreads right through the aroused area.

the frustration i felt at times, the moods, the anger i felt at times...to the point of crying where i was so frustrated with everything, even small tasks were major to me because my thoughts were just consumed with having an orgasm, nothing else really mattered except that.  This is where Master stepped in and put me back on track, at times i thought i could orgasm and not tell Him, He wouldnt know but that would be defeating the whole purpose of the task and letting Him down as well as myself.  So He explained to me why i was feeling this way and to step back from whatever i was doing, breathe, take a few minutes and start again with what i was getting frustrated at doing. so those weeks were hard going at times, edging all the time and not being able to go beyond that but it got to the point that even that was better than nothing...smiles, but how i yearned for release each time...i felt it cruel at times that Master would torture me so, i felt if i carried on i would loose the sexual urge with it being curtailed so, again Master stepped in here and helped me through this, keeping me excited and aroused throughout this task and thought about what was the whole point of this task.

but i managed to last the full 31 days...yyyaaayyy for me.. Master did allow me to finally have my release....Huge smiles and boy did i need it, yes i certainly did and Master got to watch me too...the feeling that surged through me was unbelieveable, the pain that i felt deep inside my clit as the orgasm took over my body and then as that subsided i cried, i couldnt believe it, i cried, cried with the relief, cried because of all the emotional pent up feelings i had been keeping, cried as the frustrated sexual feelings that left me, Master loved seeing this if not more than seeing me orgasm for him.

so what was the reason of undertaking a task like this???   well it is actually something that both Master and i enjoy doing, its a huge turn on for me really to have the denial, the building up of arousal, the teasing of oneself, the tormenting that i receive from Master.  but its also about the mental control as well as the physical control that Master has over me, and feeling His control means more than anything to me especially with being in a LDR, and also with being in constant denial, having the craving and need to orgasm meant that Master was constantly in my thoughts....not that He isnt always in my thoughts but moreso during this as i knew i was constantly pleasing Him, because Master likes me being a horny needy little slut for Him and boy was i during this time!!!!...smiles.

We have Lift Off